Elegance and Professionalism since 1908 Originally, it was a Villa built in the last part of the nineteenth century, at the beginning of the “Belle Epoque”period, facing the sea, on what was and is now considered the most central, exclusive and picturesque area of Pesaro’s seafront, which still retains the power to evoke the colors and the atmosphere of a garden-city.
In 1908, it became a hotel and cafe, called “Albergo e Caffè Vittoria“. It was a cozy and luxurious hotel, as well as one of the finest cafes in the Marche region, two places that were and still are at the heart of Pesaro’s social life. Until the beginning of World War I it housed, in a restricted area, a casino. In the shelves, today preserving the objects that have shaped the history of the hotel, gaming chips are still exposed (up to 500 lire: a really large sum at that time!). Not far away you can admire the wonderful 900’s safe of the casino Vittoria.
The most important names of politics, culture, art, industry and the Italian and foreign aristocracy have gathered at the “Vittoria” and here, for over one hundred year, they have concluded the most important businesses and they have celebrated smart-set marriages. The years of the Belle Epoque, the lights, the colors and the feelings of that time seem to have never waned in this picturesque corner of Pesaro’s seafront; the Albergo e Caffè Vittoria was the silent witness of a long period of history and its presence is a tangible sign of the extraordinary and rich heritage that makes our cultural patrimony so interesting and polymorphous.

You could tell a thousand anecdotes about the long history of the hotel, such as the well-known bartender Alfredo, who had invented a deadly cocktail in the ’30s, the famous “kick of a mule”, whose name tells a lot about the devastating power of the concoction. We could also mention the big dance parties that were organized on the terrace overlooking the sea up to World War II: the set of such parties was entirely inspired by the sea; there was a huge shell-shaped structure in which the orchestra was positioned and a net, hanging from the roof, up to the columns of the balustrade, was decorated with starfish and smaller shells, along with many other artistic ideas, which recreated a summer-like, solar and marine atmosphere.
The Hotel Vittoria, thanks to its characteristics, its enviable location on the main place of the city in front of the sea, its closeness to the large sphere by Arnaldo Pomodoro, the Liberty-style villa owned by the family Ruggeri (both Pesaro’s key monuments) and thanks to its cultural and historic value, it became part of the prestigious Association of the 100 Italy’s Historical Places, chosen by kings, entrepreneurs, artists and Nobel prizes, which constitutes an incentive to the tourism vitality of the area marked by standards of high quality and attention to details. Among the many distinguished guests who have visited and still visit the Hotel Vittoria, we could mention many personalities, such as the Aga Khan, the Agnelli family and the Rothschilds, great writers like Sciascia, Pirandello and Umberto Eco (the latter stopped at the Hotel Vittoria in 1926, on the occasion of the inauguration of the “Cinema-Teatro Duse”. (During his long stay, he habitually frequented the Caffè Vittoria and its terrace that are particularly dear to him), the international opera legends as Mario del Monaco, Montserrat Caballé, Luciano Pavarotti, Placido Domingo, José Carreras, Katia Riciarelli, Juan Diego Florez … up to more modern high-society personalities, such as Vittorio Sgarbi, Marina Ripa di Meana, Edward Raspelli, Philippe D’Aveiro … and successful singers like Sting, Roberta Flack, Claudio Baglioni, Renato Zero, Alanis Morissette, Silverchair, Franco Battiato, Jonas Brothers, Amii Stewart, Julio Iglesias, Chris Brown, etc. … to actors like Vittorio De Sica, Vittorio Gasman, Nino Manfredi, Michel Piccoli, Peter Ustinov, and TV personalities like … Pippo Baudo, Fabrizio Frizzi, Valeria Marini … comedians like Beppe Grillo, Lino Banfi, Checco Zalone, “Fichi d’India,” Enzo Iacchetti … politicians like the President of the Republic Giorgio Napolitano, Oscar Luigi Scalfaro and Nobel prizes such as Rita Levi Montalcini, Dario Fo, Carlo Rubbia … philosophers like Massimo Cacciari … artists such as Umberto Boccioni, and Arnaldo Pomodoro … film directors such as Federico Fellini, Sergio Leone, Mario Monicelli.
Formerly owned by the Counts Marcucci Pinoli of Valfesina, the “Vittoria” is the oldest hotel in Pesaro, the Dean (as it is stated in the diploma found in the hotel hall); it was admitted to the Association of Italy’s 100 Historical Places in 1985 (the only hotel in the Marche region) and recognized by the “Golden Gate” as one of the 20 best hotels of Italy since 1996.

Rooms and suites with great charme

The relaxing warmth of tradition combines with the most modern comfort requirements. The rooms and suites are always elegant and charming and have been equipped with all the most modern and refined comforts. The rooms, completely soundproof, are richly decorated with high headboards in gold leaf, antique paintings and furniture, the stuccoes and the original frames, but also the mini-bar, the color TV with satellite and digital channels (including Sky and Pay TV), the VCR and the DVD, radio and wired wireless (even in the bathroom), an Internet wireless connection (in the whole hotel), air conditioning, telephone in the room and bathroom , automatic door-opening device, alarm clock, electronic safes, data port and soundproofing doors and window frames. Many rooms feature a balcony and sea-view. In all the bathrooms, you will appreciate precious polychrome marbles, three-speed hair-dryers, lighted magnifying mirrors, Etro toiletries, scales in kilos and pounds, original Jacuzzi bath and shower.

Hotel on the sea with swimming-pool

On the first floor, you will find the warm living room with columns, the sixteenth-century fireplace, the cozy bar, the elegant tea room, the private reading room, the room housing a nineteenth-century piano, the fully equipped meeting rooms, the famous terrace overlooking the sea, where you can also dine in the summer, the swimming pool with sun deck and beach equipment, are all wonderful spaces that are organized in accordance with the old structures with stuccoes, columns, frames, antique furniture and vintage fixtures. Our guests will also benefit from the following services: car park, elevators, internet point, bikes and private car, a gym, sauna and relaxation area, heated billiard room for competitions, beach cabins, sailboat, laundry and ironing service with fast service and many other services. On demand: translation and interpreting service, secretary, photocopy and fax service, baby-sitting. The Agora Rossini restaurant, an excellent restaurant, deserves a visit: it has received many awards, especially with regard to the best selection of Rossini’s specialties: a careful philological study has allowed us to offer the best dishes based on the original recipes by Gioachino Rossini. The restaurant also offers a typical local and traditional cuisine interpreted with creativity, which pays attention to the combination of tastes, and dishes inspired from the international cuisine. The food is always fresh and genuine, with fresh Adriatic fish and guaranteed Marche meats, served on the sea-front terrace around the swimming pool. The service is professional and attentive. The important wine list is oriented toward the production of the Marche.
Our breakfast includes both sweet and salty buffet with homemade products, organic local food, and gluten-free products…

Book now your vacation at the Grand Hotel Vittoria
Check Availability
Exclusive benefits
By booking directly from our website. 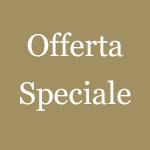 Grand Hotel Vittoria
At the moment there is no offer.
Offers

We stayed here with our 3 adult children 2 years ago and loved it so much that we booked Hotel Vittoria again this year when we traveled to Pesaro with our son oldest son. The location is the best you can get in Pesaro, right on the Adriatic Sea…gorgeous view from our room. A beautiful, […]

Beautiful rooms and helpful staff. Stayed at this location for New Year’s. We had a standard room but we were placed in a superior room (without asking). Some of the furnishings are a bit passé and lavish.

The Hotel Vittoria is an old, charming historic Art Nouveau villa in Pesaro with pure clear and bright colors. It became a hotel in 1908 and was entirely renovated in 2000. It has a spa and a swimming pool, the rooms are a little dated, but maybe that’s part of the charm of this five-star […]

* On all rates except special offers and packages